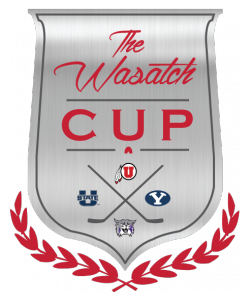 The debate over which hockey team is the best in the state of Utah will again be decided on the ice this upcoming season.

The two losing schools will play in a consolation game on January 31st at 5PM, followed by the two winning schools playing in the championship game to decide the Wasatch Cup at 8PM.

With each team always playing a different amount of games against each other throughout the season, this two-day tournament is aimed to not only showcase college hockey in Utah, but finally put an end to the debate over which team is the best in the state.

We're sorry, but all tickets sales have ended because the event is expired.