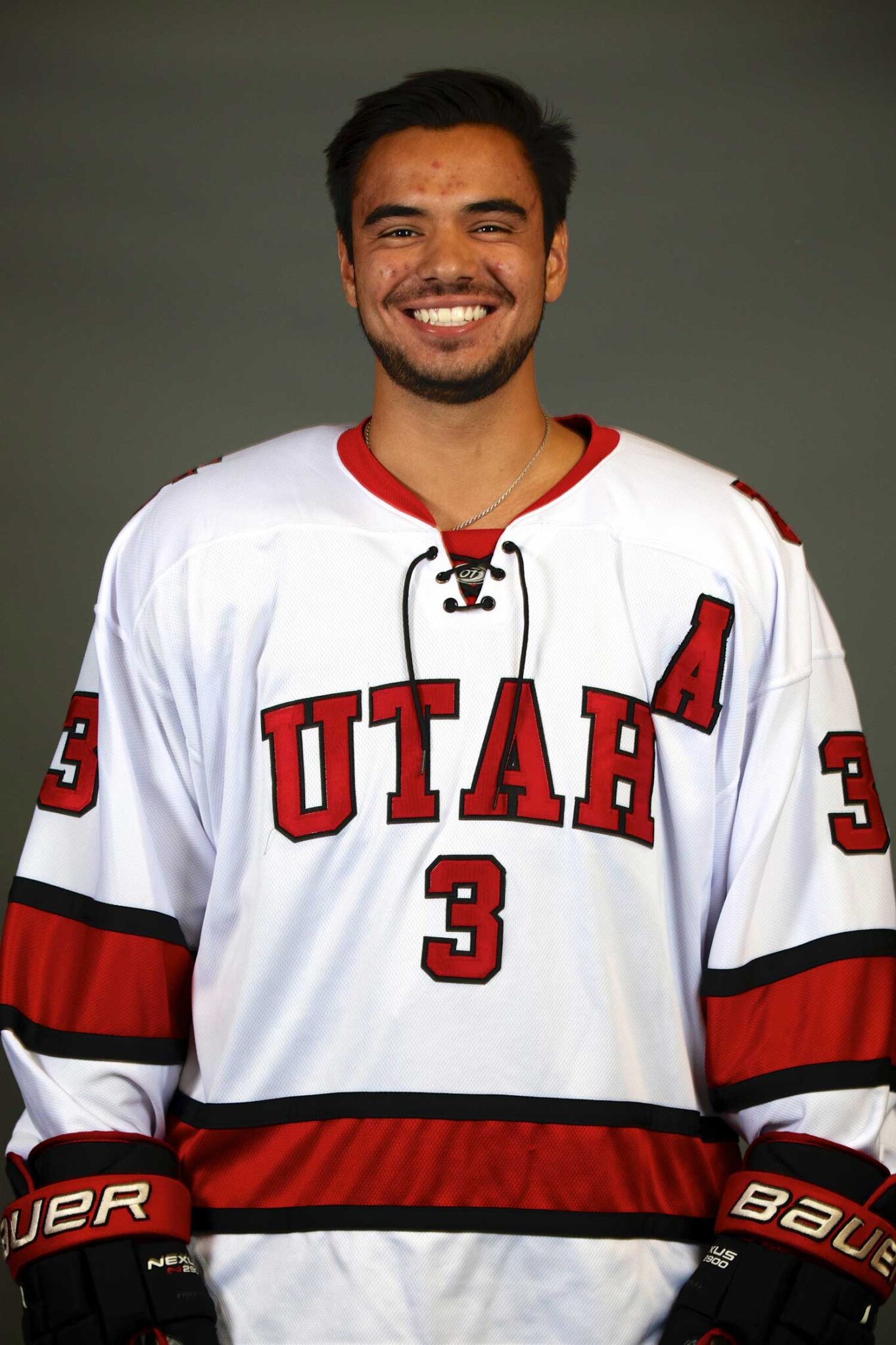 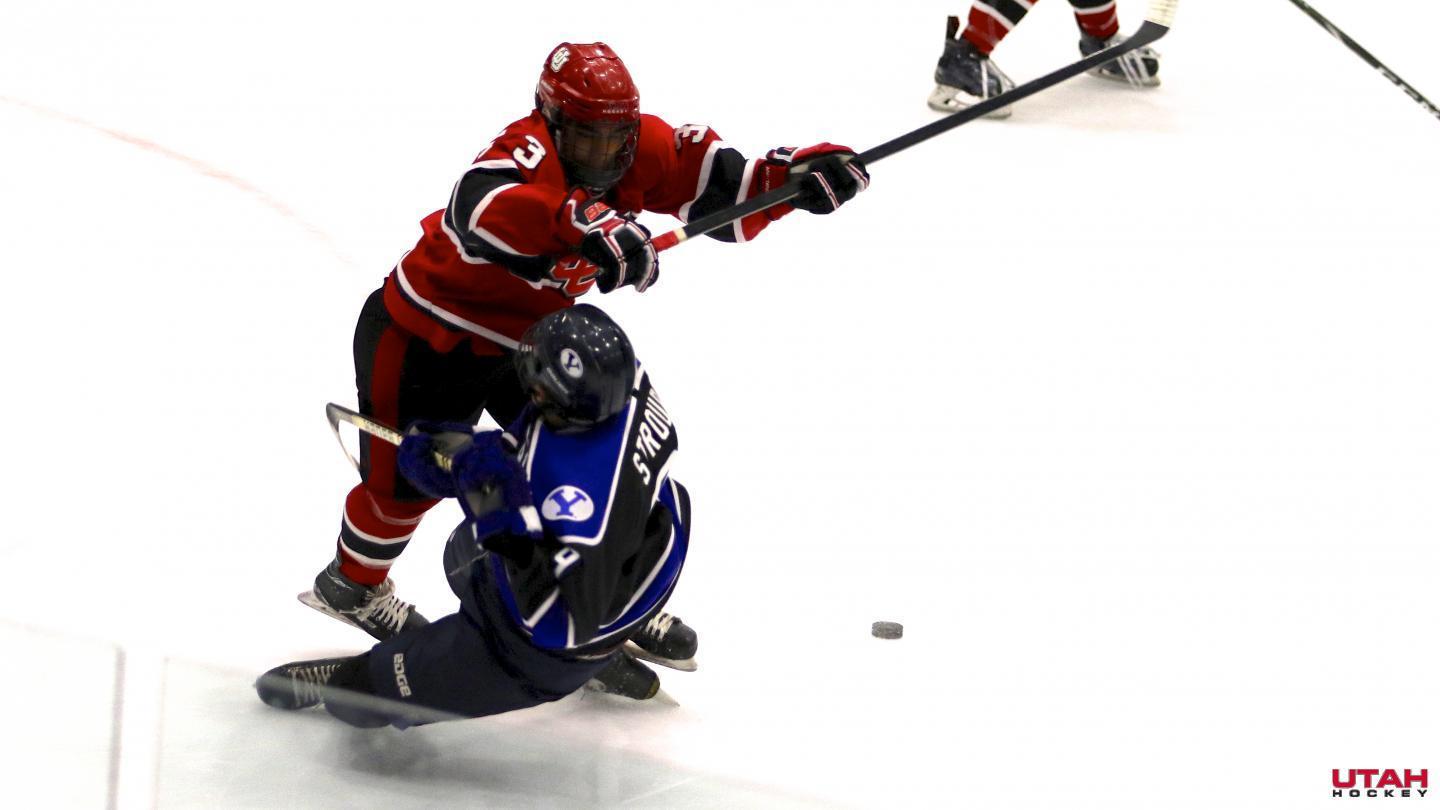 Utah Defenseman Steven Pawlow with the hit during the game versus BYU on September 20, 2019. 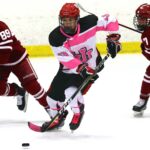 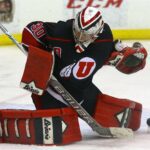 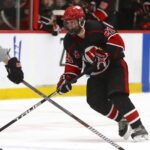 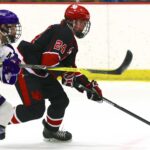 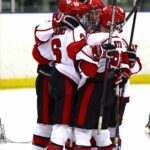